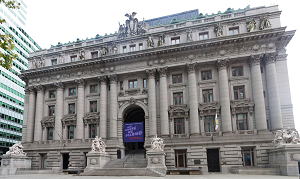 The U.S. Bankruptcy Court overseeing the acquisition of the North American businesses of Lehman Brothers, Inc. (“Lehman”) by Barclays Capital, Inc. (“Barclays”) issued a long-awaited order that presents a number of the Court’s major decisions in the $13 billion dollar dispute pertaining to Barclays’s acquisition of Lehman’s broker-dealer business during the height of the 2008 financial crisis. Plaintiffs had sought relief from defendant Barclays for multiple causes of action, including a claim that Barclays had inappropriately received a $5 billion “windfall” on the fair value of the financial assets by acquiring them at an allegedly undisclosed discount from Lehman’s valuations. Professionals at FSG, a national financial and economic consulting firm, were retained by Barclays’ counsel, Boies Schiller & Flexner (“BSF”), to provide analytical, litigation, and trial support and testimony on the matter. Writing for the Court, Judge James M. Peck highlighted the effectiveness of expert witness testimony offered by FSG Affiliate Paul Pfleiderer, C.O.G. Miller Distinguished Professor of Finance at Stanford University’s Graduate School of Business. Professor Pfleiderer and the FSG team investigated a broad array of issues relating to Barclays’ accounting treatment of the acquisition and the valuation of the assets acquired from Lehman.

The Court found that Professor Pfleiderer’s testimony “tied together all of the evidence relating to valuation in a most persuasive and comprehensive manner.” Lauding Professor Pfleiderer as “an especially credible witness,” the Court “found his testimony to be most helpful” in evaluating a primary accusation leveled against Barclays by Lehman. As the Court wrote:

“Largely on the strength of the testimony of Professor Paul Pfleiderer, who was the final witness for Barclays and who testified for two days, Barclays was able to convincingly establish its defense to the allegation that it obtained a windfall in connection with the acquisition.”

In discussing the bases for his findings, Judge Peck specifically highlighted the compelling scrutiny of Lehman’s expert witnesses by counsel for Barclays, noting that several Lehman witnesses on valuation issues were “effectively challenged on cross-examination.” The Court concluded that their opinions were “not convincing,” citing a successful effort on the part of Barclays’ counsel to “challenge the methods used and conclusions reached” by Lehman’s experts.

Significantly, of the $5 billion alleged “windfall” on the fair value of financial assets acquired by Barclays, Judge Peck awarded the Plaintiffs $0 damages.

The full text of Judge Peck’s decision is available through the website of the United States Bankruptcy Court for the Southern District of New York.