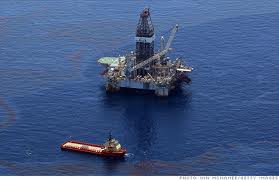 FSG Chairman and CEO Marc Vellrath is quoted in the Bloomberg article “BP’s Oil Spill Deal Sours as Claims Add Billions to Cost.” In this article, the flawed and rushed BP settlement made with victims of the 2010 Gulf of Mexico spill is evaluated.

BP recently filed an “emergency motion” contending that implementation of the DWH economic damages settlement “systematically produces illogical and absurd compensation awards to [business economic loss] claimants,” and that it is paying “hundreds of millions of dollars, and perhaps billions, to claimants with ‘losses’ that do not exist in reality.” These outcomes are a direct consequence of the fundamental flaws in the economic damages settlement that Dr. Vellrath cited in his report.

Bloomberg directly cites Dr. Vellrath’s report to support evidence that the settlement is flawed. Dr. Vellrath states, “the economic damages settlement agreement does not require rigorous demonstration of injury or examination of causation for members of the proposed class.” Further Dr. Vellrath is quoted as asserting, “economic losses that could have been attributed to the general financial condition of the Gulf region or lingering effects of Hurricane Katrina wouldn’t be taken into consideration in determining or off-setting payments.”